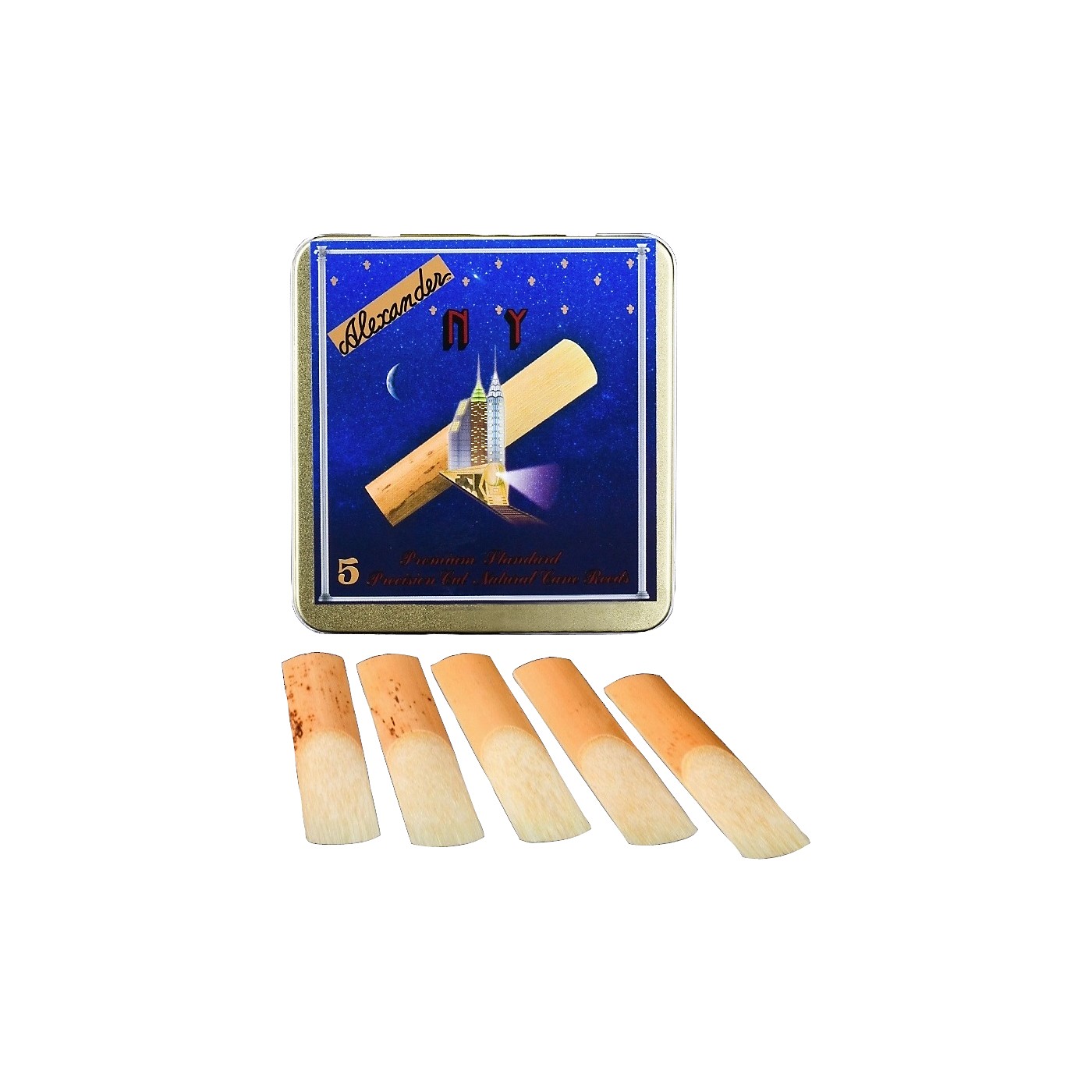 The New York series of Alexander reeds are made with high-grade Southern France cane and have a redesigned tip and profile,to produce a big and bold ...Click To Read More About This Product

Find a similar product below or contact our experts for a recommendation of great alternatives. Call us at 800.348.5003.

The New York series of Alexander reeds are made with high-grade Southern France cane and have a redesigned tip and profile,to produce a big and bold sound, full response throughout the registers, and the type of vibrant, solid tone traditionally associated with that of the New York music scene. The tip is somewhat harder than Alexander's Superial DC, giving it an exceptional sustaining power, especially in the high end of the horn.

This reed was born following extensive conversations and correspondence between Tom Alexander and the legendary late, great jazz saxophone genius Michael Brecker some years ago. Without Michael's gracious and invaluable feedback after experimenting with different prototype designs, this reed simply would not have come into existence.

NY Tenor Sax Reeds were also thoroughly field tested by subjecting them to many months of on-the-job playing in the concert and tour performances of several Alexander World Artists who gave them their seal of approval and use NY as their primary reed today.