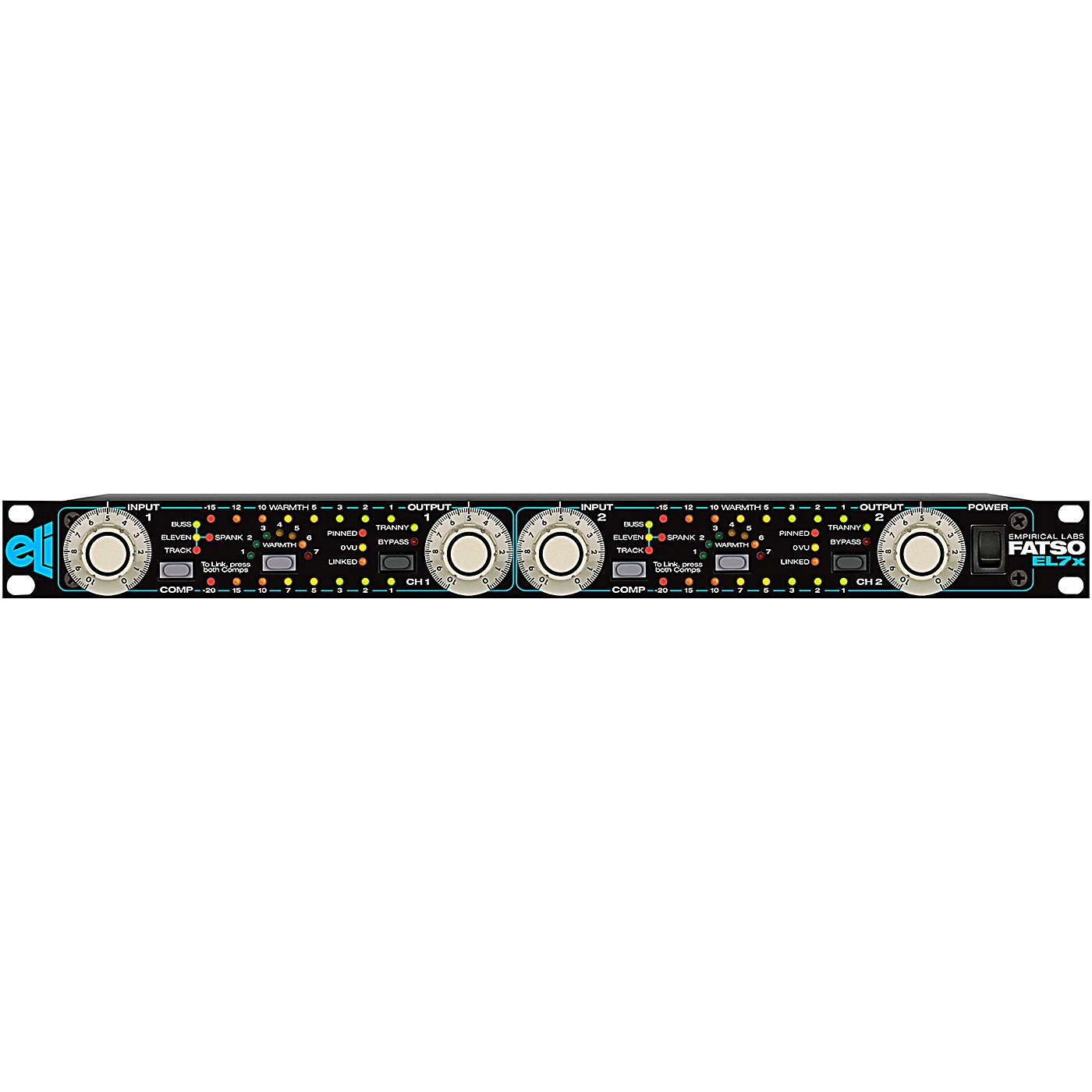 The EL7 FATSO from Empirical Labs is a modern digitally controlled analog device that offers many of the "musical non-linearities" exhibited by the o...Click To Read More About This Product

Offers analog warmth to your sound with the power of digital control.

The EL7 FATSO from Empirical Labs is a modern digitally controlled analog device that offers many of the "musical non-linearities" exhibited by the older tube, class A discrete, and magnetic tape mediums. This two channel audio processor will musically integrate frequencies and transients and increase the apparent volume without actual increase in peak levels. In addition, two channels of famous Empirical Labs compression are provided. There are several compressor "types" with fixed attacks and releases (if you want a fully controllable compressor, you will need the Empirical Labs Distressor).

Users of the EL7 Fatso can enhance & soften the sound of mediums such as modular digital multitracks (MDM's), HD recorders, DAT recorders, Ram Recorders etc. Mixdown engineers will have an option not to use bulky, expensive, (and often flaky) analog tape recorders to get the warmth and sweet high end they've come to rely on for so many decades. Owners of ADATs, MDM's, RAM and modern hard disk recorders can finally put a stop to complaints about the "coldness" and "brittle edge" of their mixes and instruments with the "rounded" and "musically non linear elements" of vintage analog. Finally, audiophiles can bring back the warmth and cuddly sound of LP's and tapes to their CD players, and other digital reproduction mediums.

Fatso's Four Types of Processing (Available on both channels)

Warm up your recording today!