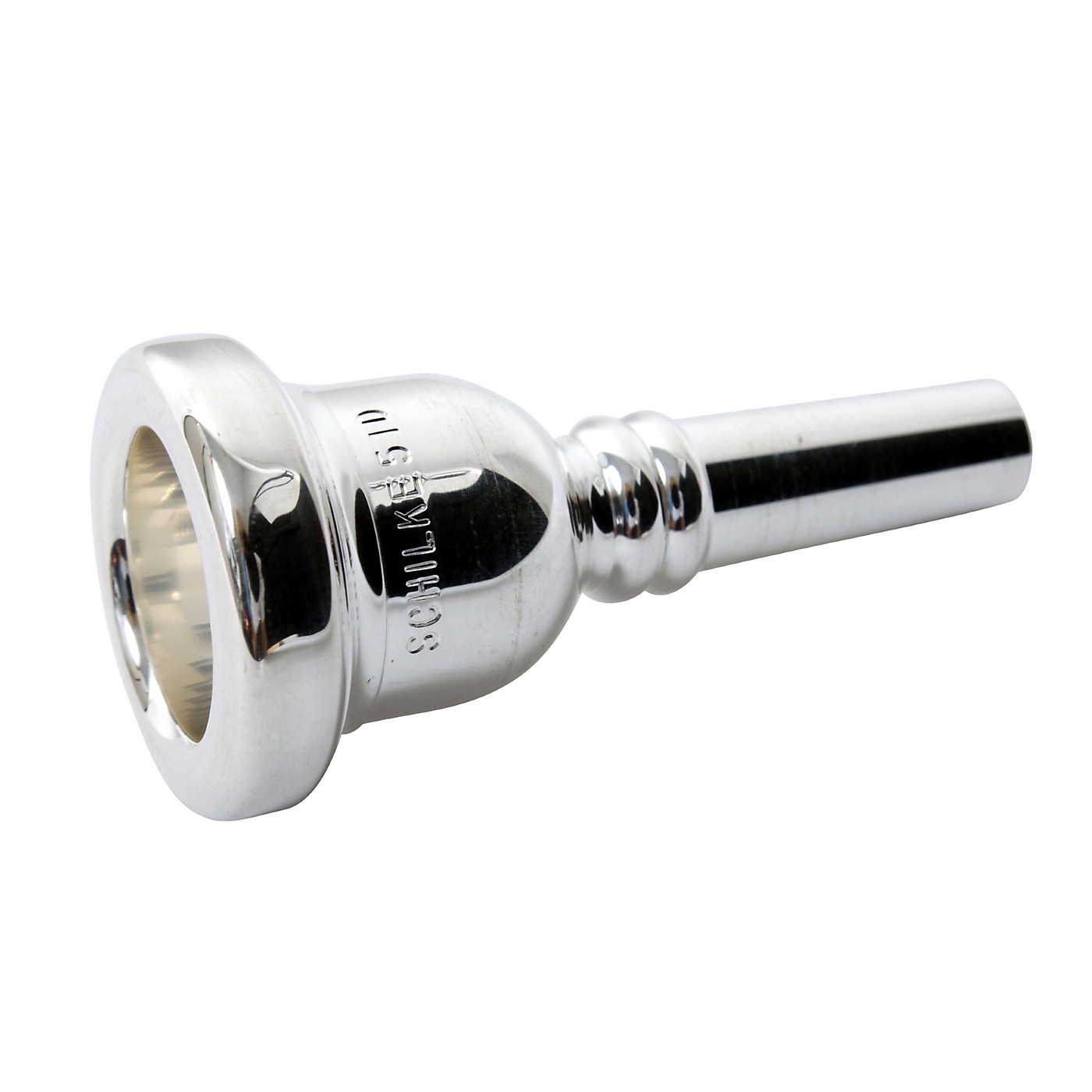 The Schilke Trombone Bass Trombone MouthpiecesIdentification LevelsNumbers 40 through 53 for tenor trombone baritone and euphonium. The numbers 57 th...Click To Read More About This Product

WARNING: This product can expose you to chemicals including Lead, which is known to the State of California to cause cancer, and to cause birth defects or other reproductive harm. For more information go to www.P65Warnings.ca.gov.

The Schilke Trombone Bass Trombone Mouthpieces
Identification Levels
Numbers 40 through 53 for tenor trombone baritone and euphonium. The numbers 57 through 60 are for the Bass tromboneNumbering System
When a Schilke mouthpiece has a standard backbore, rim and cup, only the cup diameter (first number) is shown on the mouthpiece. In the example above only the 9 is necessary to identify the mouthpiece because the C is the standard cup volume, 3 is the standard rim, and C is the standard backbore. Whenever measurements differ from the standard sizes the alterations are shown on the mouthpiece.CUP DIAMETER (First number in label)
Most trumpet and cornet mouthpieces have a cap diameter that falls between .600 and .725. Numbers 1 to 25 in the Schilke system represent sections of .005 each between these two measurements. Cup diameters for mouthpieces other than trumpet and cornet are relative to each other with the smallest numbers representing the smallest diameters.CUP VOLUME (First letter in label)
In general the deep cup mouthpieces produce the darkest sounds. In reverse the shallow cup mouthpieces produce the brightest sounds and also aid in the production of the high register. The Schilke C cup is a comprise which offers both full tone and ease of production. In switching from one instrument to another i.e., Bb trumpet to D trumpet, it is usually good to use a mouth piece that is .025 shallower in the cup volume with all other dimensions remaining the same. The higher the instrument is, the shallower the cup should be. A player who needs primarily a good range without sacrificing much tone can consider a hollow mouthpiece with a widened 2nd cup. The shallow 1st cup affords support in the top register and the widened 2nd cup allows a full tone.RIM CONTOUR (Second number in label)
The 3 Schilke rim has the feel that most players prefer in a rim. It has flat enough contour to distribute the slight pressure needed to provide an air seal but is rounded slightly to offer increased flexibility. Generally a rounder rim will allow greater flexibility but sometimes tires the player sooner. A flat rim often feels the most comfortable but tends to hold the lips in a fixed position, thereby reducing flexibility.
.