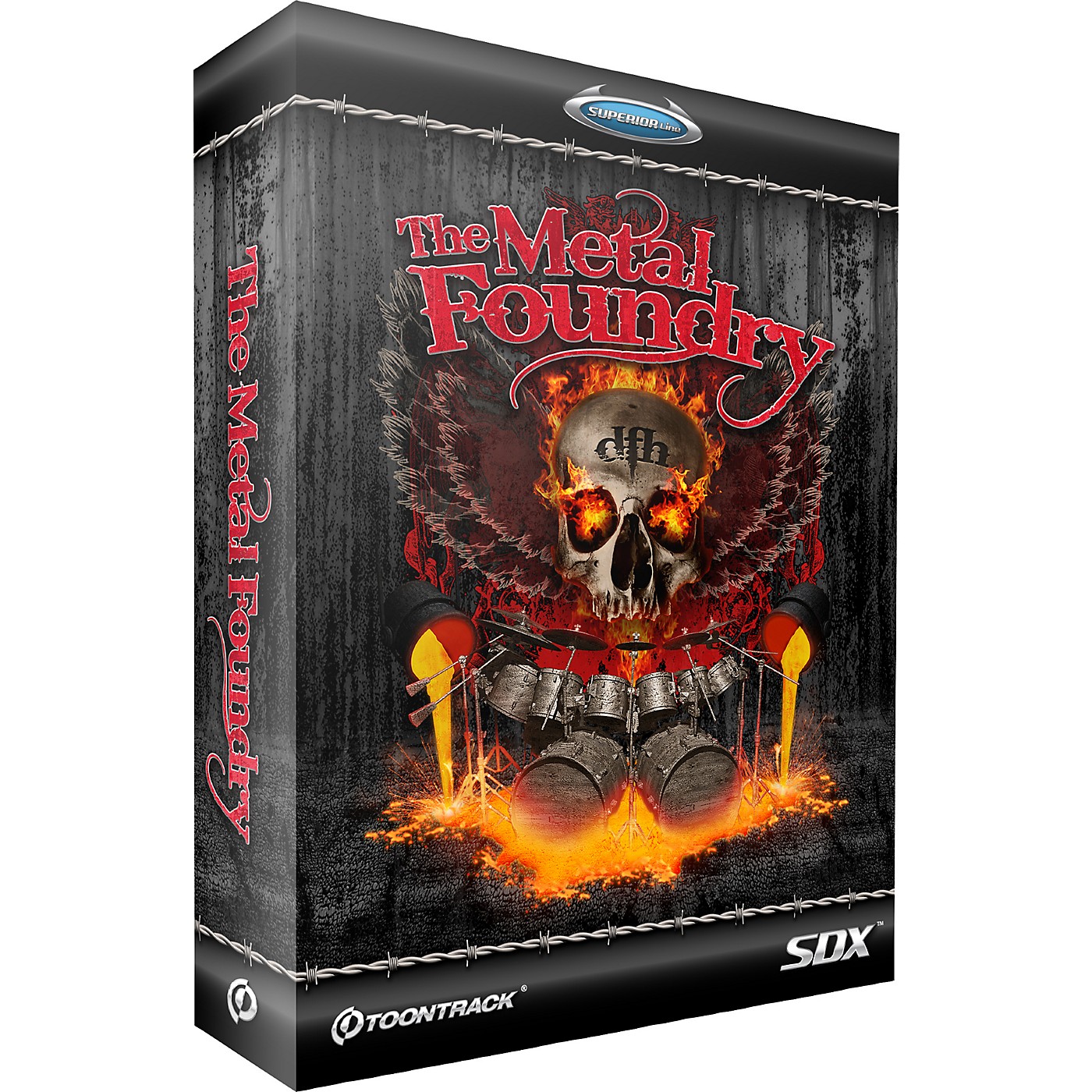 The Metal Foundry SDX celebrates the Toontrack Music Hard Rock and Heavy Metal legacy of the first Drumkit From Hell. The drum samples in this expansion pack was recorded and produced at Atlantis Studios in December 2008 by the original Drumkit From Hell recording team, Mattias Eklund (Toontrack Music), Fredrik Thordendal (Meshuggah), Daniel Bergstrand (Dug Out Studios), and Tomas Haake (Meshuggah).

MIDI is downloadable upon product registration.

The Drumkit From Hell and Metal Foundry story
Toontrack Music was originally started as a production company for composing game and movie soundtracks. In 1999, producers Fredrik Thordendal of heavy-metal band Meshuggah and Mattias Eklund of Toontrack Music decided to design a sample library for their own use. They called Tomas Haake drummer of Heavy Metal band Meshuggah to record the drum samples. The sample library was called Drumkit From Hell.

Little did they know that Drumkit From Hell was not only the first true multisampled drum recording for use with a virtual instrument but that it would also be the start for Toontrack Music to become one of the premier developers of software, audio, and MIDI for virtual drum and percussion production, spawning groundbreaking products like dfh Superior, EZdrummer, and Superior Drummer 2.0. In the time since Toontrack recorded and released Drumkit From Hell, their knowledge of sampling drums and designing software has improved vastly and they've built a great following in all genres and with all kinds of users, but their core has always rested firmly on the foundation of those early recordings.

In order to celebrate the 10th anniversary of Drumkit From Hell, they're releasing The Metal Foundry SDX. The name has layers of meaning to Toontrack encompassing both the beginning, what has come from it, and what lies in the future. The Foundry is a place where precious metals are forged and what was started back in 1999 with the Drumkit From Hell recording sessions turned out to be truly precious.