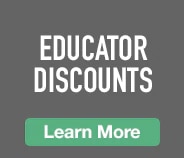 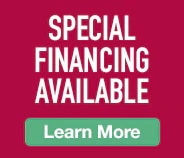 Wilhelm Friedrich Wieprecht made some of the greatest advancements for bass sounds and instruments and patented the basstuba in 1835 with Carl Moritz. Wieprecht studied acoustics in an effort to correct the deficiencies of military instruments and music. The basstuba that he and Moritz developed possessed 5 valves which enabled the tuba to play lower sounds than other brass instruments while maintaining a complete selection of notes. The Royal Academy of Berlin honored Wieprecht for his invention of the tuba and for his improvement of valves which significantly contributed to the production of greater volume and better quality of brass tones. He was later made the director-general of all of the guards' bands in Prussia which gave him a platform to popularize these bass sounds in the evolving military music of the day.

There are different tubas available for various types of performances. Concert tubas are designed with the tubing wrapped so that the player can hold the tuba in his lap. Helicon tubas wrap around the body and are used for marching along with sousaphones, which are named after John Philip Sousa. On recording tubas, the bell points forward instead of upwards and so these models were popularized in the early days of recorded music as they could more easily direct their sound to the recording instrument. The length of the tuba determines the fundamental pitch. The main tube of an F tuba is typically 12 feet long while a Bb tuba is approximately as large as 18 feet long.

Popular pieces for the tuba include Igor Stravinsky's Rite of Spring. Richard Wagner developed his own tuba and also created music featuring the tuba including Lohengrin and Ride of the Valkyries. Other popular compositions include Sergei Prokofiev's Fifth Symphony and An American in Paris by George Gershwin. Tubas are consistently utilized in jazz music. They appear in New Orleans Brass Bands such as the Dirty Dozen Brass Band, the Rebirth Brass Band, and the Nightcrawlers Brass Band. Miles Davis also incorporated the tuba into much of his music. R. Winston Morris is a contemporary tubist who is responsible for the creation of several musical groups comprised almost entirely of tubas and euphoniums including his current group, Symphonia.

Search the Woodwind and Brasswind website to find your concert tuba, euphonium, or marching tuba. The vast variety and top brands like Miraphone and Meinl Weston available and ensure that you will find the perfect tuba to complement your musical needs and style. For additional resources, check out our Tuba Buying Guide as well as articles like Building a Better Low Brass Section.