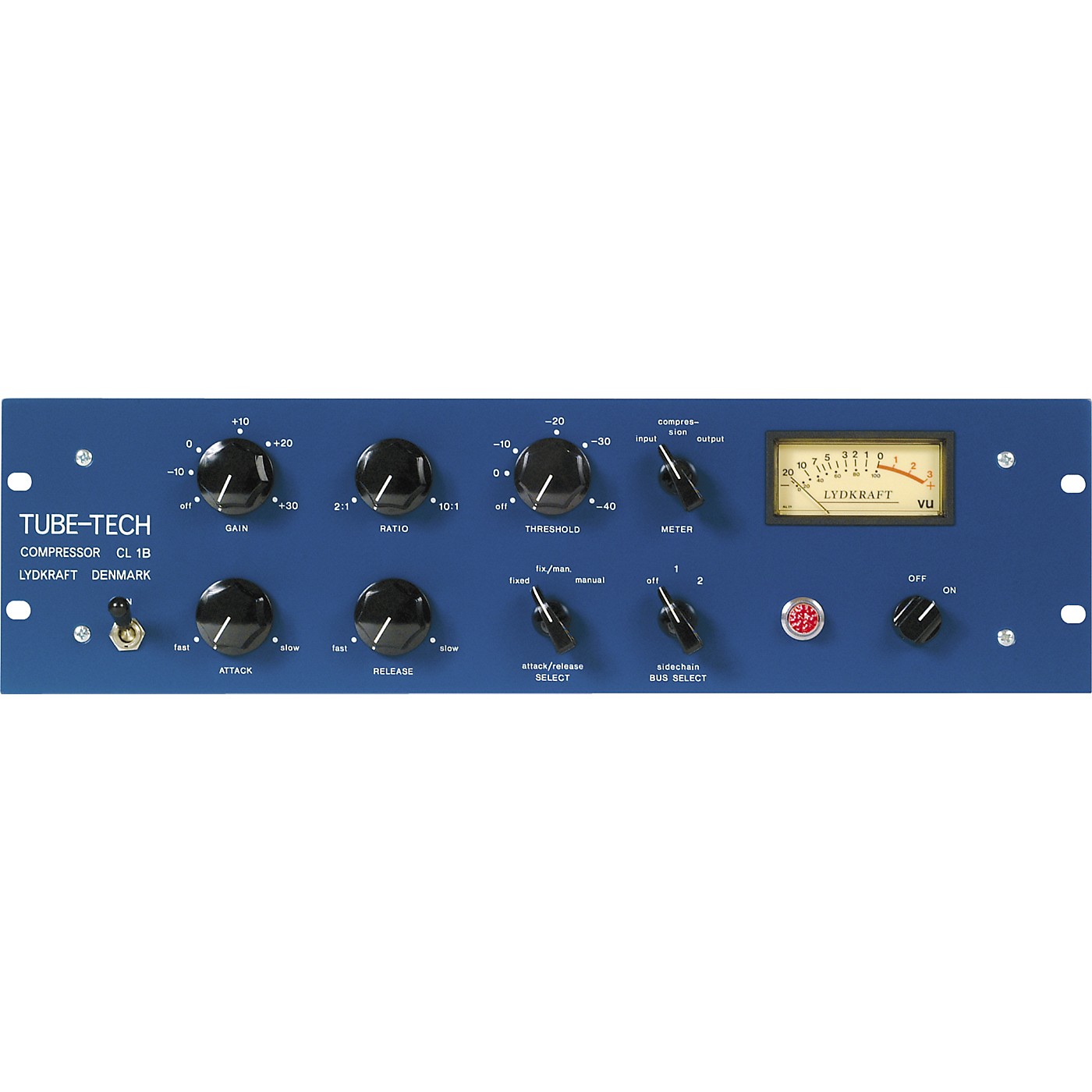 The all-tube amplified Tube-Tech CL 1B Compressor has become to go-to compressor for top studios, producers and engineers. Known for the marvelous so...Click To Read More About This Product

An all-tube optical compressor that can add just the right touch of magic to anything from delicate vocals to slammin' drums.

The all-tube amplified Tube-Tech CL 1B Compressor has become to go-to compressor for top studios, producers and engineers. Known for the marvelous sonic characteristics it imparts without making its presence obvious, the CL 1B particularly shines on vocals. The CL 1B also offers the ability to link up to ten units together and a unique attack/release feature, not found on other compressors, that enables two CL 1Bs to provide program-dependent, overall mix compression.

The amplifier consists of two tubes (valves) in push-pull configuration (one ECC 83 as the pre-amp and phase splitter, and one ECC 82 as the output stage), and an output transformer. The power supply for the preamp and phase splitter are stabilized and the heaters of both tubes (valves) are fed with a stabilized DC voltage. The whole amplifier (including input and output transformer) and the power supplies are placed on one PC-board. Both input and output are balanced (600 Ohms) and fully floating. The in/out key switches the compressor in and out without clicks.

The side chain is the only part of the compressor that contains semiconductors. They are used for three reasons: First, they do not affect the sound reproduction. Second, they have a high slew rate, which is of importance for the performance of the compressor in regard to how fast it responds to input signals, and third, they don't take up much room. It contains two J-FET quad op-amps, one npn-transistor and one FET-transistor, which handles the signal for the gain-reduction element.

The CL 1B differs from many other compressors, in that the gain reduction element is made from a non-semiconductor element, which in itself has a very low harmonic distortion and none of the non-linearity problems involved when using most semiconductor elements. Furthermore there is no long-term degradation of the element thus giving it almost infinite life. This signal processor is placed after the input-transformer of the compressor and followed by an all tube-based amplifier with a gain of 0dB to +30 dB. Thus the signal is not fed through any semiconductor circuitry on its way to the output.

Microphone Input/Output are balanced and have fully floating transformers with a static screen. Floating a transformer (not referencing it to ground) provides maximum electronic isolation for superior noise rejection. The static screens shield the transformer's secondary windings from the primary and prevent RF (radio frequency) electromagnetic noise from getting across. The power supply and the sidechain circuits are based on a solid-state circuit. With the exception of the anode in the output stage all DC voltages are stabilized. This prevents any variation in the DC energy when combined with the musical signal, which would otherwise cause certain types of distortion or hum.