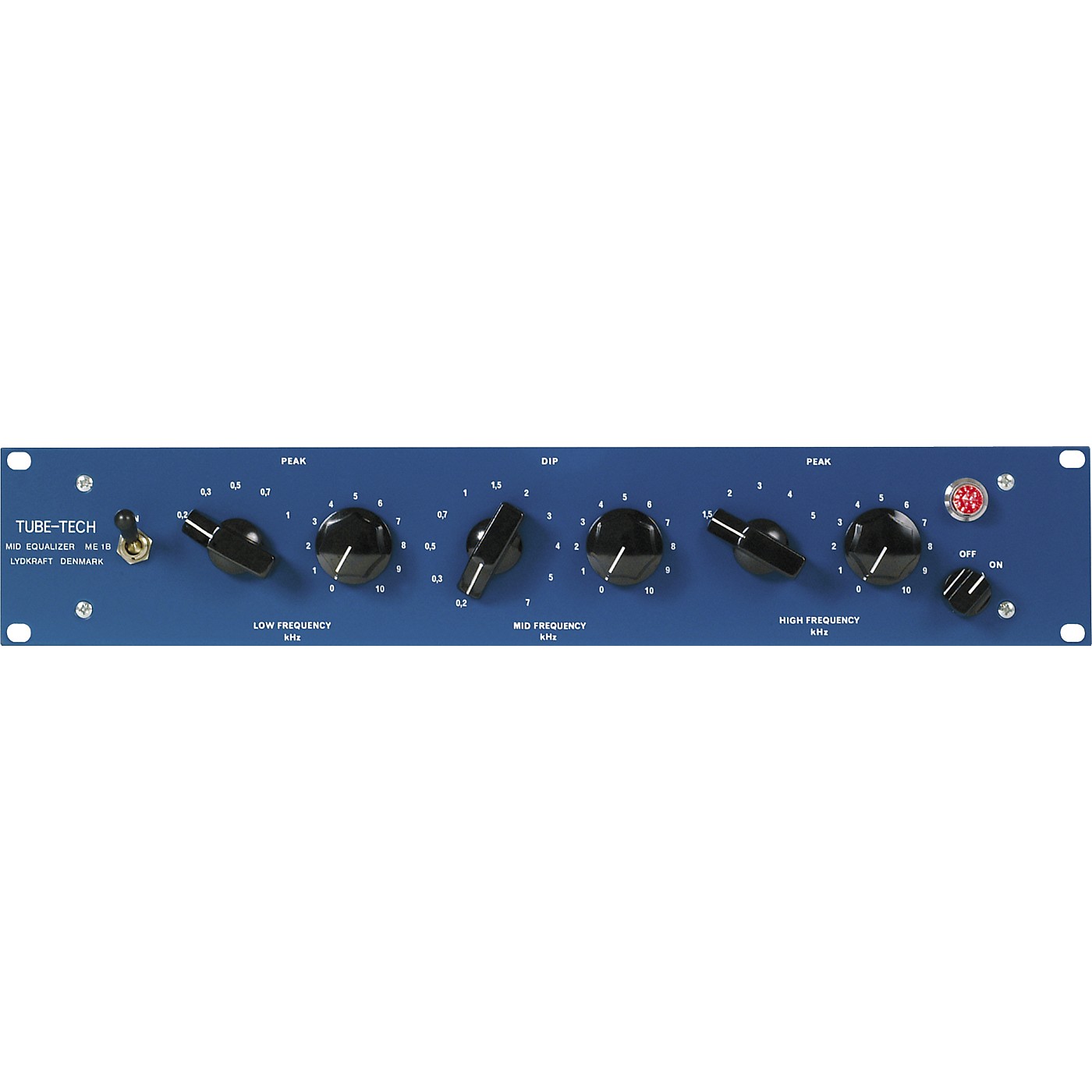 Tube-Tech ME 1B Midrange Equalizer

Looking for midrange punch as only tubes can deliver? Look no farther than the Tube-Tech ME 1B Midrange Equalizer. Based on the example of the legend...Click To Read More About This Product

Looking for midrange punch as only tubes can deliver? Look no farther than the Tube-Tech ME 1B Midrange Equalizer. Based on the example of the legendary Pultec MEQ-5 from the days of yore, Tube-Tech has dedicated a modern EQ to this all-too-important region of the audio spectrum, and does it with all-tube style and warmth. It provides the kind of performance you expect from a high-end EQ, and does it effortlessly. With Tube-Tech EQ, you get dramatic results without having to tweak endlessly. To get the most out of the ME 1B, use it to focus on midrange while another EQ, such as the EQ 1A handles the lows and highs. And while it would be tempting to use it to make individual instruments larger than life, adding punch and sheen to an overall mix is where this EQ shines.

The rackmount Tube-Tech ME 1B Midrange Equalizer contains a low frequency boost section for peaking, a mid frequency attenuation for dipping, and a high frequency boost section for peaking. The ME 1B contains a passive filter and a tube-based amplifier to restore the loss from the filter. The filter has a low frequency peak section with 5 selectable frequencies, a mid frequency dip section with 11 selectable frequencies, and a high frequency peak section with 5 selectable frequencies. The filter is placed directly after the input transformer, therefore eliminating noise from the amplifier when boosting either low- or high frequencies. The amplifier consists of two tubes in push-pull configuration (one ECC 83 as the pre-amp, and one ECC 82 as the output stage), and an output transformer. Both input and output are balanced (600_) and fully floating for maximum electronic isolation. The in/out key switches the equalization in and out without clicks and changes in level, while the amplifier remains in the signal path.

Rock and pop music lives mainly in the midrange. When you want to add punch and polish to your mix, the ME 1B will answer the call with authority and sweet musicality.