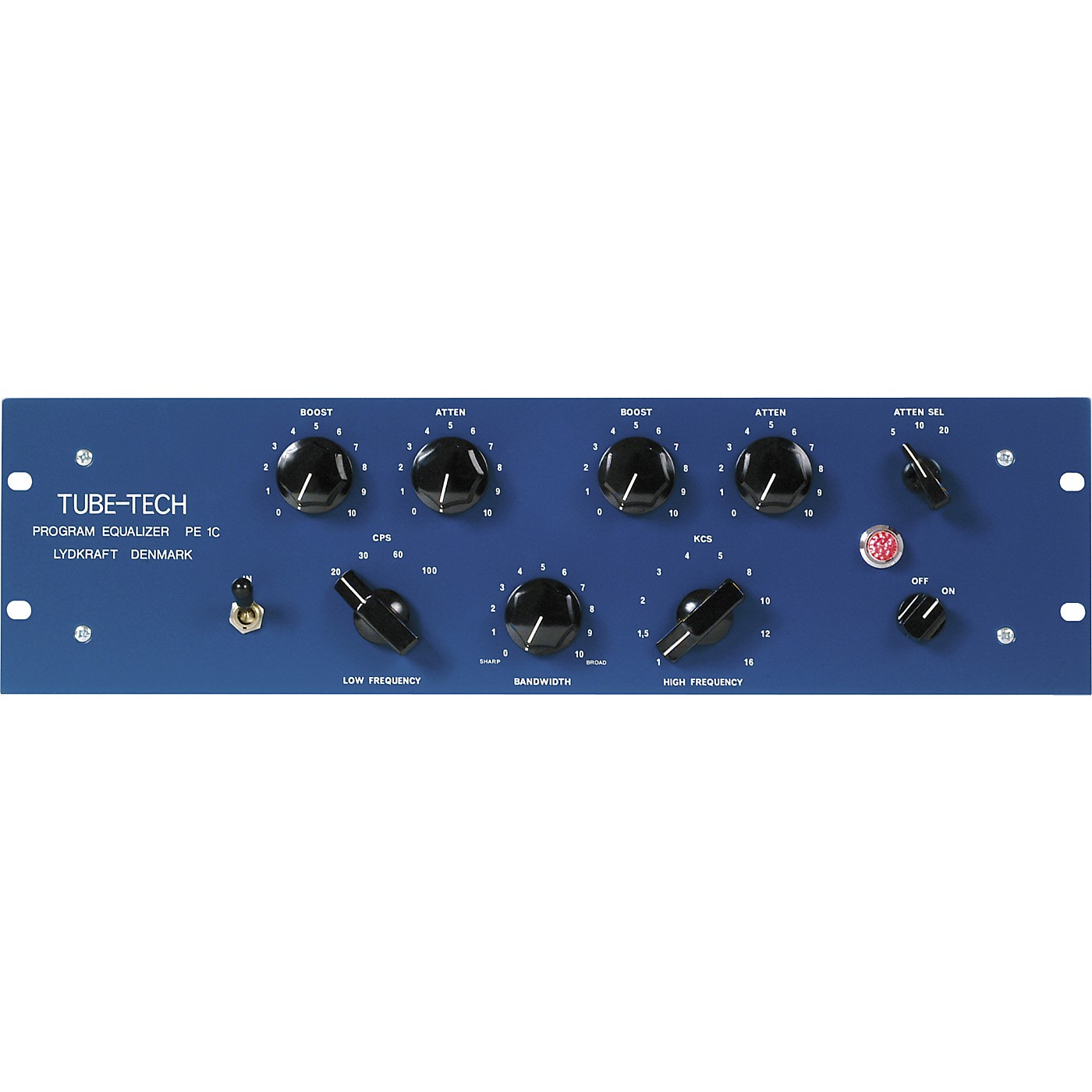 The Tube-Tech PE 1C Program Equalizer is the design that started it all for John Petersen and Tube-Tech. It's an all tube version of the legendary Pu...Click To Read More About This Product

The Tube-Tech PE 1C Program Equalizer is the design that started it all for John Petersen and Tube-Tech. It's an all tube version of the legendary Pultec EQP 1A, an equalizer that was, and still is, known for its uncanny ability to make things sound better by just running signal through it. Has Tube-Tech captured that magic? Just do a Google search for Tube-Tech PE 1C. Page after page of world class and mid- to upper-level recording studios come up. That alone tells the whole story.

The amplifier consists of two tubes (valves) in push-pull configuration (one ECC 83 as the pre-amp and phase splitter, and one ECC 82 as the output stage), and an output transformer. Both input and output are balanced and fully floating. The in/out key switches the filter in and out without clicks and changes in level, while the amplifier remain in the signal path.

Input and output are balanced as well as fully floating. This provides maximum electronic isolation for superior noise rejection. The power supply for the pre-amp and phase splitter are stabilized and the heaters of both tubes (valves) are fed with a stabilized DC voltage. This prevents any variation in the DC energy when combined with the musical signal, which would otherwise cause certain types of distortion. Put simply, the PE 1C's DC-stabilized circuits keep the EQ bands free of any unwanted artifacts. EQ is smooth and distortion-free.