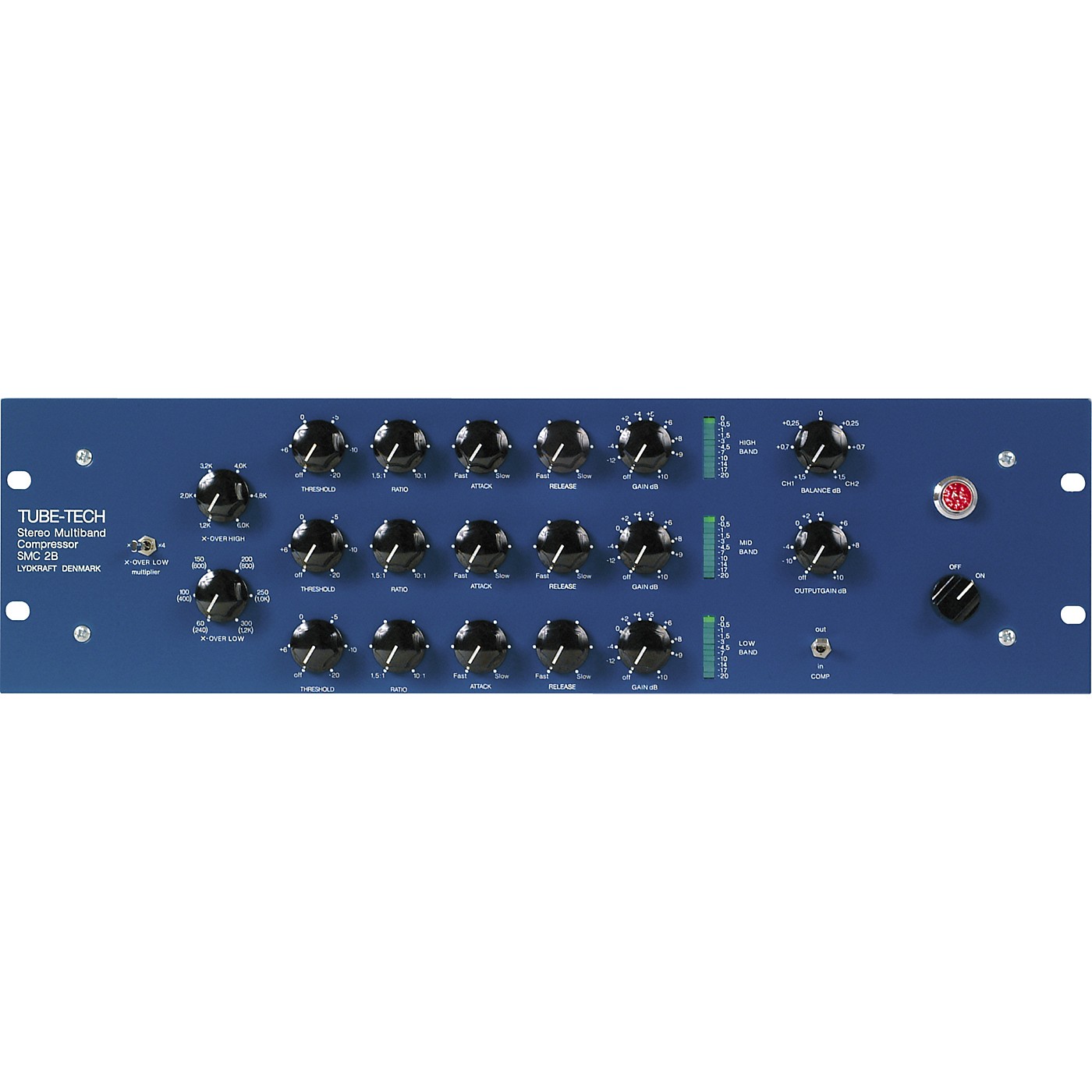 The rackmount Tube-Tech SMC 2B Stereo Multiband Compressor is an all tube-based compressor that adds the warmth of vintage quality masters to your mi...Click To Read More About This Product

The mix-bus compressor of choice for Grammy Award-winning producers and engineers.

The rackmount Tube-Tech SMC 2B Stereo Multiband Compressor is an all tube-based compressor that adds the warmth of vintage quality masters to your mix. If you've heard records by Beck, Offspring, Rufus Wainright, and All American Rejects, you'll find a Tube-Tech SMC 2B Multi-band compressor in the hands of Joe Chiccarelli strapped across the stereo bus.

the Tube-Tech SCM 2B's variable crossover points ensure precise control with all three bands of optocompression. Independent band specific Threshold, Ratio, Attack, Release & Gain parameters make the SMC 2B as flexible as it is accurate. For example, a stereo compressor can squash and muddy the midrange of rock records. With the SMC 2B, you can add just the slightest compression to the midrange where the guitars live to keep them vibrant and lively. The adjustable crossover points allows you to set the low-frequency range so that the bass on dance tracks won't get over-compressed.

The design of the crossover networks optimizes the summing of all three bands, resulting in a flat frequency response (within +/-0.25 dB), when the gain controls for each band are set at the same level. The three compressors feature Threshold, Ratio, Attack, Release and Gain and a display showing gain reduction. Master levels are set with Output Gain and Balance controls.

Both Input and Output are balanced and have fully floating transformers with a static screen, which provides the greatest amount of electronic isolation for elimination of ground loops, resulting in super-quiet operation. The power supply and the sidechain circuit are based on a solid state circuit. With the exception of the output stage all DC voltages are stabilized.

You'll be hard pressed to find any multiband compressor that can rival the SMC 2B for mastering or a larger than life sound!