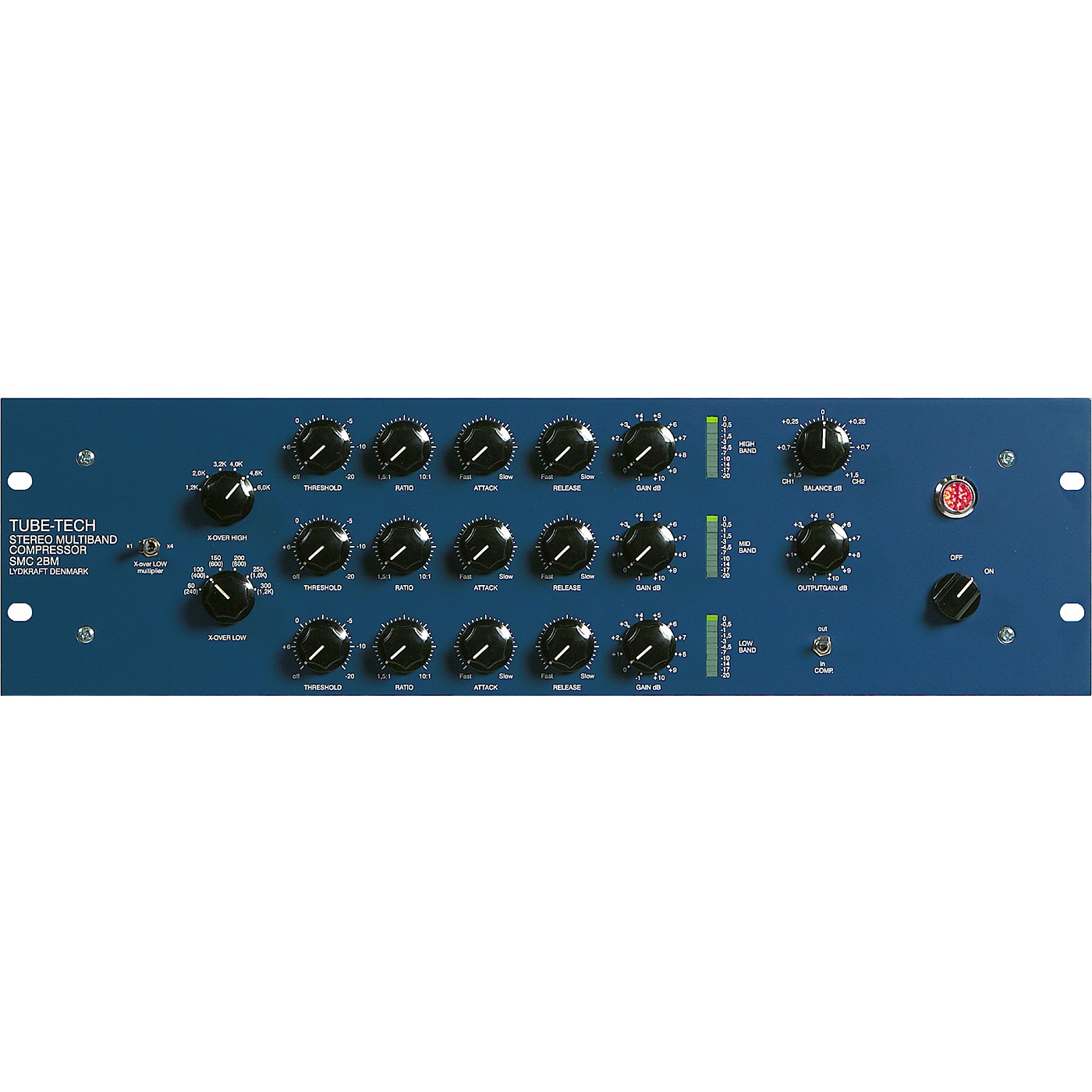 The Tube-Tech SMC 2BM is the only all-tube based stereo mastering compressor that features multiband compression. Designed specifically for mastering...Click To Read More About This Product

The world's only all-tube based multiband mastering compressor!

The Tube-Tech SMC 2BM is the only all-tube based stereo mastering compressor that features multiband compression. Designed specifically for mastering, it offers Tube-Tech's renowned sound quality and precision, plus greater flexibility for the mastering engineer. Based on Tube-Tech's SMC 2B, the SMC 2BM adds matched resistor level controls for precise replication of previously used settings. The 12 step-matched resistor gain controls on the SMC 2BM guarantee channel to channel and recall accuracy within 0.1 dB. Side-chain controls employ 31-detent potentiometers. The unit includes variable crossover points for precise control of all three bands of opto-compression. Independent band-specific threshold, ratio, attack, release and gain parameters make the unit flexible, as well as accurate.

The signal is divided into three bands (Low, Mid & High) by 6dB/octave crossover networks with 12 selectable frequencies: 60 - 1200Hz for Low/Mid band and 6 selectable frequencies: 1.2 - 6.0 Hz for the Mid/High band. The design of the crossover networks optimizes the summing of all three bands, resulting in a flat frequency response (within +/-0.25 dB), when the gain controls for each band are set at the same level. The two crossover frequencies are made with a single RC circuit thereby preserving optimum summation of the three bands at the output.

Both Input and Output are balanced and have fully floating transformers with a static screen. This provides maximum electronic isolation for superior noise rejection. The power supply and the sidechain circuit are based on a solid state circuit. With the exception of the output stage all DC voltages are stabilized.