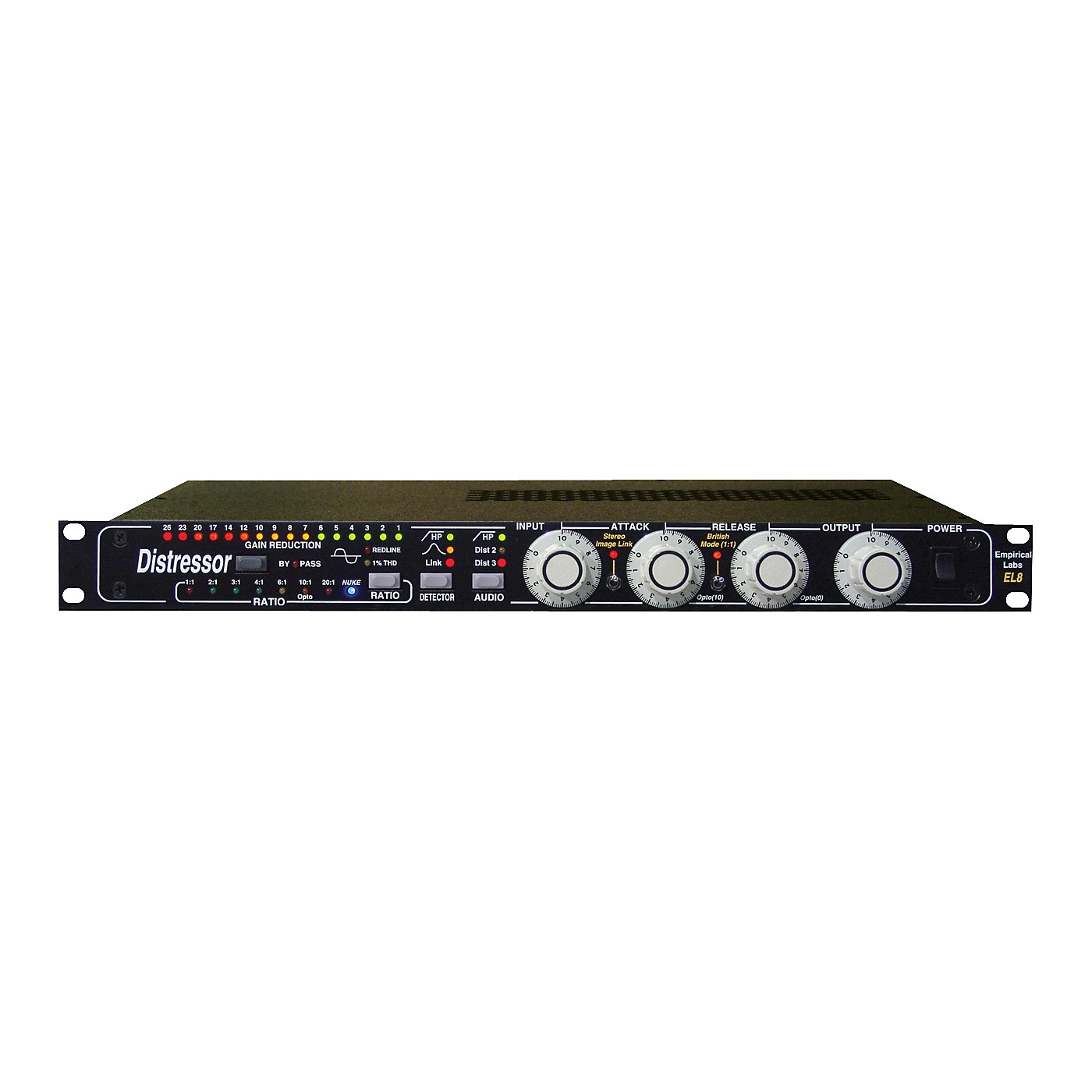 The EL8 Distressor from Empirical Labs is an automatic gain (or volume) control device (AGC in engineering terms) designed for pro audio applications...Click To Read More About This Product

Control your volume levels while adding musicality, intelligibility, and excitement.

The EL8 Distressor from Empirical Labs is an automatic gain (or volume) control device (AGC in engineering terms) designed for pro audio applications. Basically, the compressor electronically controls the volume of just about any source in a very pleasing, and "musical" manner - adding fullness, intelligibility, and especially in the Distressor's case - excitement. This type of device is often called a "limiter" or "compressor" by audio industry people. The Distressor Compressor's most probable use will be in recording studios, live sound situations, movie sound production, and radio broadcast production.

Unlike most analog compressor/limiters the Distressor is a digitally controlled audio device and actually incorporates several products into one by utilizing digital controls to switch totally different circuits in and out. Years of beta testing and redesign went into the EL8 Distressor as will be the case with all Empirical Labs products.